This is one of the best business books I've read. Highly recommended if you run your own company and don't plan to turn it into a corporation. If your focus is to deliver high-quality services and make it fun for your employees - it's a MUST-READ!

There's two minor problems with this book. First the title, in it's full sounding:
"Zingerman's guide to good leading, Part 1
A Lapsed Anarchist's Aproach to
Building a Great Bsuiness."
by Ari Weinzweig

So I just call it Zingerman 1. The second problem is that it's out of stock on Amazon from time to time. I've had to order Part 2 & 3 used from 3rd party re-seller. This review is about Part 1 only.

In the foreword to the book Bo Burlingham who's analyzed hundreds of "cool" companies in the world proposes that all companies fall into one of two categories. The distinction is defined by the way those companies are being managed:

The fundamental difference between them is the assumption about human nature.

This approach assumes people are capable of doing what's best for the business on their own, without direct manager's supervision. Necessary key components of such an approach are: training, tools and system. This approach tends to be found in small to mid-sized companies. It's unclear if it can work in large organizations.

I must admit that this approach is extremely attractive to me. This is how Zingerman's is built and something I want to build in Evojam.

The book is written by the CEO of Zingerman's, which is a pretty peculiar company. Actually it's over a dozen companies under a single umbrella. They refer to it "Zingerman's Community of Businesses" (ZCoB).

Ari Weinzweig states clearly in the preface that real life is messy and rarely looks like the idealized thing described in the book. He later reminds readers about that fact many times throughout the book, often in a funny way when describing his own failures.

Mind you, I'm not here to claim that what we do is the "only" way to run a business, or that we have it all down. Please be clear: what we have going here is hardly utopia. We know that everything we do can be improved upon. We screw up most everything regularly. We forget to finish things, we fall short of living our values, we argue, we wrestle with internal cynics, we slip into sarcasm, we struggle with service miscues, we miss some goals, and we've had years with financial shortfalls. Perfect we are not! As Paul [Ari's co-founder] always says, "We have the same problems everyone else does. What's different is how we deal with them."

The most powerful aspect of this book is that the best practices and advice it contains is put together by a practitioner. Not any practitioner but one that has built an untypical yet successful business. What's important is that Weinzweig assumes a certain context - that you want to focus on quality and employee satisfaction. Those are main, explicit priorities of Zingerman's. Additional assumption is that you don't want to have a huge business but a rather unique one.

The book consists of essays on various topics. Some of them took the author years of trial&error. He has been digging through dozens of business books to finally nail the solution to a problem. Some of the essays are decade old and have been battle tested through that time. Respect! 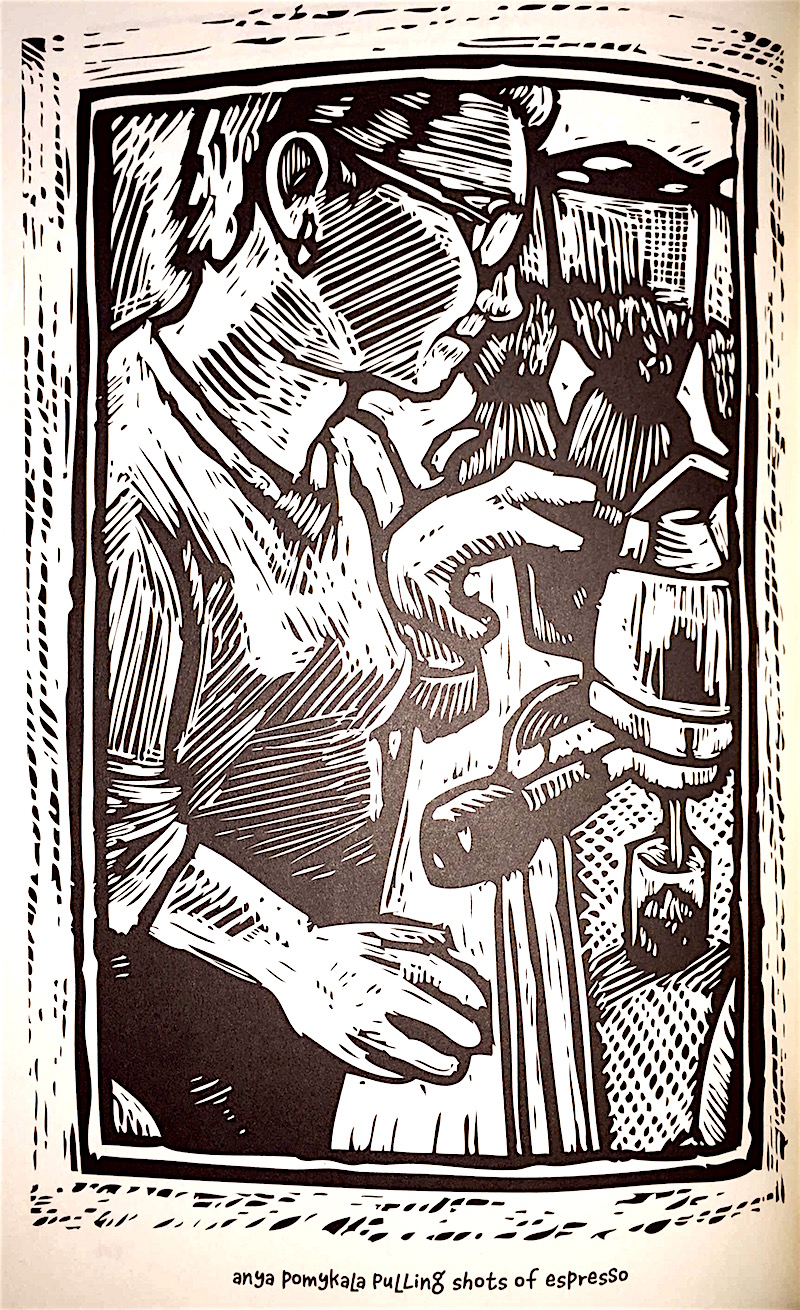 Physical form of the book is also super pleasant and unusual. Nice, matte hardcover in a handy format. Original illustrations by Zingerman's staff graphic designer responsible for all the company's visual identifications. You will not find a second book like that.

The book is fun and easy to read while being condensed and full of immediately useful advice.

Below I'll share the most important concepts from the book.

This is a large chunk of the book. First they use it at Zingerman's as a way of planning projects, new businesses and their future. It's pretty simple: start with the end in mind. So before defining goals and tasks, sit down and describe what will success look like.

I can see how this has a phenomenal impact on the effectiveness of any endeavor. By doing so you cut-off huge number of blind alleys, wrong turns and other mistakes. Special case of this process is defining a vision of greatness for a whole company for years to come. This second aspect is described in much detail.

Imagine I asked you to prepare for a long trip but wouldn't tell where we were going. It would be tough to get ready, wouldn't it? (...) In either case, hard work, commitment, and all the best intentions in the world aren't going to be enough to attain success. Without a clear picture of where we're headed, about the only chance we have of being successful is just that... chance. It's true that things can sometimes work out well even when you don't agree on where you're headed. But setting aside that one-in-a-million chance, you're completely at the mercy of forces beyond your control. Not a good feeling? Well, that's how our staff members will feel if they don't have a clear vision of where our organization is going.

Another important topic covered in the book is systems. However there are two apparent contradictions here.

First - as I mentioned in the beginning - Zingerman's is a company built on the assumption that you can trust employees and relinquish control. This seems to stay in opposition to the idea of building systems. Second is that Ari defines himself as an anarchist, so he should be against systems, right?.

It turns out that you actually need systems if you want to consistently deliver great quality to the customers. And you can do that while being an anarchist! :) So the author introduces the systems topic gracefully by laying some logical, philosophical foundation to marry the people and systems first.

In short - there's only two ways of creating a culture: intentionally or by negligence. Weinzweig has some great insights into building company culture as well.

This book is just a pure pleasure. Ari Weinzweig states that he's probably read over a thousand business books. Combine that with 40 years of hands-on business experience and participation in countless conferences and you get the picture. The book is a large amount of wisdom in a great package.

What LinkedIn Could Be

Beautiful Constraint - Read This Before The Book

This is one of the most valuable business books I’ve read.…